Kidney stone formers with multiple sclerosis (MS) are more likely than those without MS to form calcium phosphate stones and struvite stones, according to a new study.

In addition, among MS patients, use of intermittent straight catheterization (ICS) or indwelling catheters are associated with an increased risk of stone formation.

In a retrospective study comparing stone formers with MS and a matched group of stone formers without MS (controls), a team led by Manoj Monga, MD, of the Cleveland Clinic Glickman Urological and Kidney Institute, found that the incidence of calcium phosphate stones and struvite stones was 42% and 8%, respectively, among the MS patients versus 15% and 3%, respectively, among controls. The between-group differences were statistically significant.

For the study, which was published online ahead of print in BJU International, the researchers identified 587 patients who had both MS and a history of stone formation. Of these, 118 had information on stone composition available. The investigators matched these patients by sex, age, and body mass index (BMI) to 230 controls. The MS patients were significantly more likely than controls to have undergone percutaneous nephrolithotomy (25% vs 12%) and cystolithopaxy (16% vs 3%).

The researchers also compared a matched group of patients who had a complete 24-hour urinary stone panel analysis (61 MS patients and 120 controls). Serum laboratory measures were similar between the groups except for sodium levels, which were slightly lower in the MS patients (139 vs 140 mmol/L). The groups were similar with respect to urinary pH, volume, creatinine, calcium citrate, oxalate, sodium, and uric acid. The researchers found no significant differences in hypocitraturia, hyperoxaluria, hypercalcuria, and hyperuricosuria.

Additionally, Dr Monga and his colleagues identified 358 MS patients with stone disease who had information about bladder emptying techniques and mobility within 1 year of their stone episode. They matched these patients to 358 MS patients without stone disease. After controlling for age, gender, BMI and mobility, patients who required ISC or an indwelling catheter (either a Foley catheter or suprapubic tube) had a significant 3.5 times and 9.8 times greater odds of having stone disease compared with those who could void spontaneously.

The development of MS-related voiding dysfunction requiring the use of ISC, suprapubic tubes, or an indwelling Foley catheter appears to be a risk factor in the development of stone disease, the authors concluded. The findings suggest the importance of preventive approaches and prompt treatment of urinary tract infections in this population. 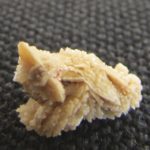