Although 3% to 5% of patients with kidney stones have primary hyperparathyroidism (PHPT), a treatable cause of recurrent stones, only 1 in 4 stone formers with hypercalcemia undergo testing for PHPT, new study findings suggest.

In a study of 7561 patients with kidney stones and hypercalcemia (mean age 64.3 years; 94.4% male; 75.0% White) from a Veterans Health Administration (VHA) database, only 24.8% had their serum parathyroid hormone (PTH) level measured, Calyani Ganesan, MD, MS, of the Stanford University School of Medicine in Palo Alto, California, and colleagues reported in JAMA Surgery. PTH testing rates across the 130 VHA facilities ranged from 4% to 57%. Patients residing in the Southeastern United States were the least likely to be screened for PHPT. This cohort comprised mostly men, but PHPT is more likely to develop in women, the study authors noted.

Veterans with an estimated glomerular filtration rate (eGFR) of less than 60 mL/min/1.73 m2 were also less likely to undergo screening. According to the investigators, patients with an eGFR less than 45 mL/min/1.73 m2 and hypercalcemia should be screened for PHPT because hypercalcemia may be associated with hypertension and progression of chronic kidney disease.

“The low prevalence of PTH testing in veterans with kidney stones and hypercalcemia suggests that clinicians are missing an opportunity to prevent recurrent kidney stones by diagnosing and treating PHPT despite guidelines by the American Urological Association and European Association of Urology that recommend PTH testing,” Dr Ganesan’s team stated.

Patients with serum calcium levels exceeding 10.5 mg/dL in 1 or multiple tests were significantly more likely to undergo serum PTH testing by 7% and 8%, respectively (both P <.001). In addition, patients receiving specialty care from either a nephrologist or a urologist or both had a 1.6- and 6.6-fold higher likelihood of PHPT screening, respectively, compared with patients seeing neither of these specialists. Patients receiving care from an endocrinologist had a 4.9-fold higher likelihood of screening (all P <.001).

Of the 717 patients with biochemical evidence of PHPT, 189 (26.4%) underwent parathyroidectomy within 2 years of a stone diagnosis (P <.001), even though parathyroidectomy may improve skeletal, cardiovascular, and neuropsychiatric outcomes.

“PTH testing was 2-fold to 5-fold higher among those who had appointments with specialists such as nephrologists, urologists, and endocrinologists,” Quan-Yang Duh, MD, of the Veterans Health Administration Medical Center in San Francisco, California, and colleagues highlighted in an accompanying editorial. “This specialty care also partially explains the wide variability (4%- 57%) in testing rates at different VHA facilities. Perhaps these specialists were more likely to recognize the possibility of hyperparathyroidism, or perhaps the same primary care physicians who recognized this disease also tended to refer to specialists. This finding suggests how we may solve the problem of underdiagnosis.” 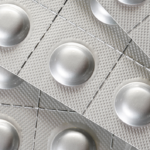