According to researchers at the University of California at San Francisco, the citrate and malate content in commonly consumed sodas may be sufficient to inhibit the development of calcium stones.

“There is a lot of interest in dietary therapy for kidney stone disease,” said lead investigator Brian Eisner, MD, a clinical urology fellow. “We know that one of the many reasons people are prone to stone formation is that they have a low dietary alkali intake or a low urinary citrate.”

Up to 85% of stones that develop in Americans are made of calcium oxalate. Citrate prevents calcium from binding with oxalate in the urine; malate can increase the alkali content of urine, enhancing the benefits of citraturia.

The researchers say these findings may be helpful in the development of dietary recommendations for patients with calcium nephrolithiasis and specifically those patients with hypocitraturia. In addition to Diet Sunkist Orange and Diet 7-Up, sodas with the greatest amounts of malate and citrate were Diet Canada Dry, Sierra Mist Free, Sprite Zero, Diet Orange Crush, Fresca, Diet Mountain Dew, and Fanta Orange Zero. Those with the lowest levels of malate and citrate were Caffeine Free Diet Pepsi, Coke Zero, and Diet Coke with Lime.

“The colas didn’t do as well,” Dr. Eisner said in an interview. “The colas really had very minimal or no citrate or alkali content.”

“This is a big public health issue. It takes a lot of health dollars [to treat stone disease], and certainly anything that we can do to help prevent stones from occurring will be a benefit for the patients and the system,” said Dr. Eisner, who reported findings here at the American Urological Association (AUA) Annual Meeting.

Researchers need to test whether giving diet sodas to stone patients can be beneficial, he added. Meanwhile, he and his colleagues do not advocate that individuals start drinking large amounts of any type of diet soda.

Commenting on the new findings, Anthony Y. Smith, MD, a spokesperson for the AUA and Professor of Urology at the University of New Mexico in Albuquerque, observed: “This study by no means suggests that patients with recurrent kidney stones should trade in their water bottles for soda cans. Instead, this study suggests that patients with stone disease who do not drink soda may benefit from moderate consumption.” 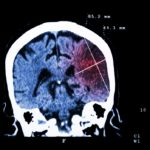