The American College of Physicians (ACP) has unveiled a new guideline for preventing recurrent kidney stones in adults.

For patients who have had 1 or more prior kidney stone episodes, the guideline recommends increased fluid intake spread throughout the day to achieve at least 2 liters of urine per day.

The guideline also recommends pharmacologic monotherapy with a thiazide diuretic, citrate, or allopurinol to prevent nephrolithiasis in patients with active disease in which increased fluid intake fails to reduce stone formation.

In addition, according to the guideline, which was published in Annals of Internal Medicine (2014;161:659–667), evidence shows that patients who decreased intake of soda acidified by phosphoric acid had decreased kidney stone recurrence.

“Clinicians should encourage patients to avoid colas as opposed to fruit-flavored soft drinks, which are often acidified by citric acid,” the guideline stated.

The guideline, developed by the ACP’s Clinical Guidelines Committee, is based on a systemic evidence review and an evidence report sponsored by the U.S. Agency for Healthcare Research and Quality. 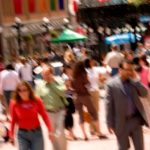