Von Hippel-Lindau (VHL) disease is a rare genetic condition caused by a mutation in the VHL gene. In patients with VHL disease, the accumulation of hypoxia-inducible factor-2 alpha (HIF-2α) can stimulate several oncogenes associated with cellular proliferation, angiogenesis and tumor growth. Belzutifan is an inhibitor of HIF-2α.

The approval was based on data from an open-label phase 2 study (Study 004; ClinicalTrials.gov Identifier: NCT03401788), which evaluated the efficacy and safety of belzutifan in 61 patients with VHL-associated RCC with at least 1 measurable solid tumor localized to the kidney. Patients enrolled in the study also had other VHL-associated tumors including CNS hemangioblastomas and pNET. Patients received belzutifan 120mg orally once daily until disease progression or unacceptable toxicity.

The primary endpoint was overall response rate (ORR) as assessed by an independent review committee using RECIST v1.1. Key secondary endpoints included the duration of response (DOR) and time-to-response (TTR), defined as the interval from the start of treatment to the first documentation of a response.

Among patients with VHL-associated RCC, results showed an ORR of 49% (n=30; 95% CI, 36-62) after a minimum follow-up of 18 months, with no patients achieving complete response and 49% achieving partial response. The median DOR was not reached, with 56% of responders having a DOR of at least 12 months and a median TTR of 8 months.

“In Study 004, nearly half of all patients with VHL-associated renal cell carcinoma, as well as the majority of patients with VHL-associated central nervous system hemangioblastomas or pancreatic neuroendocrine tumors, who were treated with Welireg experienced a reduction of their respective tumor size,” said Dr Ramaprasad Srinivasan, head, Molecular Cancer Therapeutics Section, Urologic Oncology Branch, National Cancer Institute (NCI), and principal investigator on the Cooperative Research and Development Agreement (CRADA) under which the NCI served as a site in Study 004. “The FDA’s approval of Welireg marks an important step forward by introducing a systemic therapy that has the potential to improve the current treatment paradigm for patients with certain types of VHL-associated tumors.”

As for safety, Welireg carries a Boxed Warning regarding embryo-fetal toxicity. Prior to initiation, pregnancy status should be verified and patients should be advised to use effective non-hormonal contraception during treatment.

Welireg is supplied as 40mg tablets in 90-count bottles. It is expected to be available by early September 2021. 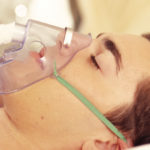