Median overall survival was 13.2 months in the sunitinib arm and not reached in the savolitinib arm. Compared with sunitinib, savolitinib was associated with a nonsignificant 49% decreased risk of death (95% CI, 0.21-1.17; P =.110). The savolitinib recipients also had a numerically higher objective response rate (27% vs 7%).

At a data cutoff of August 2019, only 60 of the 180 planned patients were randomly selected to receive treatment (33 savolitinib, 27 sunitinib). Common Terminology Criteria for Adverse Events (CTCAE) grade 3 or higher adverse events (AEs) were reported in 42% and 81% of savolitinib and sunitinib recipients, respectively. Dose modifications were related to AEs in 30% and 74% of patients treated with savolitinib and sunitinib, respectively, Dr Choueiri and his colleagues reported.

Dr Choueiri pointed out that early termination of recruitment in SAVOIR precludes drawing definitive conclusions due to the small dataset. “However, based on [these] emerging data, further investigation of savolitinib as a treatment option for MET-driven PRCC is warranted,” he said.

Disclosure: This study was funded by AstraZeneca. For a full list of disclosures, please refer to the original abstract. 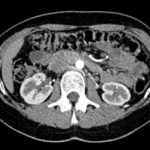