The findings build on previous studies showing a survival advantage associated with metastasectomy in patients with mRCC in the cytokine era as well as after introduction of molecular-targeted therapy (mTT).

The new study, by Hiroki Ishihara, MD, of Tokyo Women’s Medical University in Tokyo, Japan, and colleagues included 314 patients diagnosed with mRCC from January 2008 to December 2018. During a median follow-up period of 25.3 months, 98 patients (31.2%) underwent at least 1 MS, with 45 and 53 patients undergoing cMS and incomplete MS (icMS), respectively, and 216 patients not undergoing MS.

The patients who underwent MS had a significantly longer median overall survival (OS) than the no-MS group (121.9 vs 28.1 months), the investigators reported in Urologic Oncology.

The cMS group had a significantly longer median overall survival (median not reached [NR]) than those who underwent icMS (81.5 months) and the no-MS group (28.1 months). The OS difference between the icMS and no-MS groups was statistically significant.

The investigators also classified patients based on when they were diagnosed with mRCC: early mTT era (January 2008 to December 2011); late mTT era (January 2012 to August 2016); and immune checkpoint inhibitor (ICI) era (September 2016 to December 2018). In the MS-treated patients, OS was comparable throughout early mTT, late mTT, and ICI eras (median 121.9 months vs NR vs NR), Dr Ishihara and colleagues reported.

“This retrospective study using real-world data showed that MS significantly improved OS of mRCC in the postcytokine therapy era,” the authors wrote. “This prognostic impact was remarkable in the cMS [group], but even icMS had a therapeutic effect compared to nonMS.”

The investigators said their study, as far as they are aware, is the first to examine the effect of MS with regard to its completeness and eras of systemic therapy, including the recent ICI era.

“These data add to a growing body of literature suggesting that metastasectomy may continue to play a role in the care of appropriately selected patients with metastatic renal cell carcinoma despite the availability of increasingly effective systemic therapies,” said Timothy D. Lyon, MD, of Mayo Clinic in Jacksonville, Florida, who has studied the impact of MS on survival among patients with mRCC but was not involved in the new study.

As the study was not randomized, Dr Lyon pointed out, “the observed difference in survival could be due to selection bias whereby those with more favorable tumor biology were chosen for metastasectomy, and thus we can’t be completely sure the survival advantage was attributable to the metastasectomy itself.”

Available data on the efficacy of metastasectomy in the immunotherapy era, either alone or in combination with targeted agents, are still quite limited. In the current study, he noted, only 18 patients underwent MS during this time period, he said.

“We hope several ongoing placebo-controlled trials examining adjuvant immunotherapy following nephrectomy or metastasectomy will shed some light on this issue,” he said.

Disclosure: One study author declared affiliations with the pharmaceutical industry. Please see the original reference for a full list of authors’ disclosures.

From the October 1, 2020 Issue of Renal and Urology News 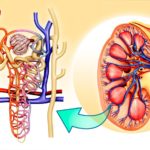 PN Risks May Outweigh Benefits in Some CKD Cases