Use of robotic-assisted surgery for radical nephrectomy (RN) has increased substantially, and while the modality is not associated with an increased risk of any or major complications compared with conventional laparoscopic RN, it is associated with prolonged operating times and higher hospital costs, new study findings suggest.

“It remains unclear why the use of robotic-assistance has increased substantially and has been steadily replacing laparoscopic radical nephrectomies,” Dr Jeong’s team wrote. “One possibility is the financial viability of the robotic system in relatively small hospitals.”

The investigators reported that the costs of purchasing and maintaining a robotic system range from $0.5 million to $2.5 million and $80,000 to $170,000 per year, respectively. “Surgeons have to perform at least 100 to 150 procedures annually to offset the upfront and ongoing costs of its acquisition,” Dr Jeong and colleagues noted.

For the study, the researchers used the Premier Healthcare dataset, an all-payer, fee-supported database that captures about 20% of all hospitalizations from more than 700 acute care hospitals in the United States.

With respect to study limitations, the authors noted that their study is subject to potential misclassification bias because they used billing codes and ICD-9 procedural codes to capture robotic-assisted surgeries. Second, the Premier Healthcare database does not publish information regarding tumor characteristics, which could affect the risk of perioperative outcomes. Third, the rates of conversion to open RN between robotic-assisted and laparoscopic RN could not be compared.

In an editorial accompanying the new study, Jason D. Wright, MD, of Columbia University College of Physicians and Surgeons in New York, commented, “From a policy perspective, robotic-assisted surgery exemplifies the difficulty of balancing surgical innovation with evidence-based medicine. Both the generation of high-quality evidence evaluating new procedures and then the utilization of these evidence to guide practice should remain priorities for surgical disciplines.”

Dr Wright summarized some of the nonclinical factors influencing the dissemination of robotic-assisted surgery, including intense marketing to physicians, hospitals, and patients and competition among hospitals. “Currently, much of the increased cost associated with robotic-assisted surgery is underwritten by hospitals,” he wrote. “Hospitals are willing to bear these costs in the hope of increasing market share and remaining competitive in their regional markets.” 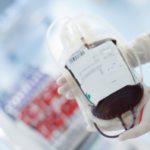