“Traditionally, solid renal masses were not biopsied because if the lesion could not be characterized as benign on imaging, it was presumed to be cancer and was removed surgically,” said study investigator Nisha Alle, BS, who is with the Department of Radiology at David Geffen School of Medicine, University of California-Los Angeles. “But we are finding that a significant subset of these small renal masses is in fact benign on nephrectomy, so it would be helpful to have a pre-procedural biopsy diagnosis of a solid renal mass to avoid any unnecessary surgery or ablation.”

Overall, the combination of RMB and IHC had a sensitivity, specificity, and positive predictive value for detecting malignancy of 100%.

“Routine H&E staining may not able to sufficiently differentiate among different tumor subtypes, but adding immunohistochemical studies for most tumors confers high accuracy for diagnosis,” Alle said. “We only had 12 complications over a time period of 10 years and there were no long-term complications.”

She also noted that no cases of tumor seeding attributed to biopsy were identified. 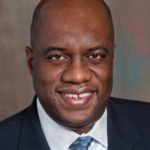