A team led by Takafumi Yanagisawa, MD, PhD, of The Jikei University School of Medicine in Tokyo, Japan, retrospectively analyzed data from 119 patients who had undergone PCA (29 patients) or PN (90 patients) for cT1b renal tumors. The median follow-up was 43 months in the PCA group and 36.5 months in the PN group. The investigators noted residual unablated tumor and local recurrence in 2 and 4 patients, respectively, in the PCA group and local recurrence in 4 PN patients.

In an inverse probability weighting (IPW) analysis, PCA was significantly associated with worse local recurrence-free survival (LRFS) compared with PN. An IPW-adjusted restricted mean survival time (RMST) analysis revealed that, within a 100-month window, the PCA group had an LRFS that was 22.7 months shorter than in the PN group, Dr Yanagisawa and colleagues reported in Urologic Oncology.

The IPW-adjusted RMST for metastasis-free, cancer-specific, and overall survival did not differ between the groups.

“Our analyses revealed that PCA has a substantially relevant disadvantage regarding local recurrence in patients with cT1b renal tumors compared to PN,” the authors concluded. “We found no differences in complication rates or renal function preservation rates between the 2 procedures.”

The investigators wrote that their findings suggest that PCA “can be an alternative treatment for elderly, comorbid patients, even those with cT1b renal tumors.” 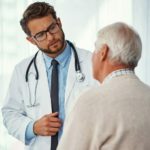