Percutaneous ablation for localized renal tumors is an appropriate treatment option for patients unable to undergo surgery, according to investigators.

A team at Mayo Clinic in Rochester, Minnesota, led by R. Houston Thompson, MD, compared partial nephrectomy (PN) with percutaneous ablation in the treatment of 1422 patients with cT1 renal masses at their institution. Of the 1422 patients, 1055, 180, and 187 underwent PN, radiofrequency ablation (RFA), and cryoablation, respectively. Patients had a median follow-up duration of 9.4, 7.5, and 6.3 years, respectively.

“With mature follow-up at a single institution, percutaneous ablation appears to have acceptable results for cT1 tumors and is appropriate for patients with a contraindication for surgery,” the investigators concluded. “For cT1 patients, clinically relevant differences between PN and ablation are unlikely, and treatment choice should involve shared decision making.”

In a discussion of study limitations, the authors noted that there “is an obvious selection bias between patients treated with PN and those selected for ablation.” They pointed out that adverse oncologic outcomes were relatively rare in their study cohort, and “additional follow-up may provide improved power to identify statistically significant differences among the treatments.” 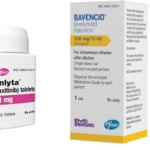