Researchers who conducted a secondary analysis of a phase 1 trial of nivolumab, a programmed cell death 1 inhibitor, found that treatment with the drug is associated with long-term survival in a subset of heavily pretreated patients with advanced renal cell carcinoma (RCC) and other malignancies, according to a new report.

“The results of this study suggest that survival benefits reported in the more limited follow-up of recent nivolumab randomized clinical trials may persist for prolonged periods in some patients, extending to at least 5 years,” a team led by Suzanne L. Topalian, MD, of the Sidney Kimmel Comprehensive Cancer Center, Johns Hopkins Bloomberg-Kimmel Institute for Cancer Immunotherapy in Baltimore, reported in JAMA Oncology.

The trial included 270 patients with advanced RCC (34 patients), melanoma (107 patients), or non-small cell lung cancer (NSCLC, 129 patients) recruited from 13 US medical centers. Patients received nivolumab (0.1 – 10.0 mg/kg) every 2 weeks in 8-week cycles for up to 96 weeks, unless they experienced progressive disease, achieved a complete response, had unacceptable toxic effects, or withdrew consent. Most patients were heavily pretreated, with 71.9% of patients having received 2 or more systemic cancer therapies.

The estimated 5-year overall survival rates were 27.7%, 34.2%, and 15.6% among patients with RCC, melanoma, and NSCLC, respectively, Dr Topalian and her collaborators reported. These rates exceed survival rates expected from conventional second-line or third-line therapies available for patients at the time the trial was conducted, the investigators stated.

On multivariable analysis, the presence of liver metastases and bone metastases each was independently associated with 69% decreased odds of survival at 5 years, according to investigators. An Eastern Cooperative Oncology Group performance status of 0 was independently associated with 2.7-fold increased odds of 5-year survival.

Study limitations included the post hoc nature of some of the analyses and the administration of different doses of nivolumab to different cohorts of patients, Dr Topalian’s team pointed out. In addition, the study population included a relatively small number of patients with RCC compared with melanoma or NSCLC. 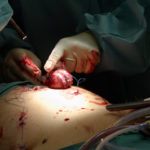