Combination treatment with nivolumab and cabozantinib for advanced renal cell carcinoma (aRCC) significantly improves progression-free survival (PFS) compared with sunitinib monotherapy regardless of prior nephrectomy status, according to study findings presented at the 2021 congress of the European Society for Medical Oncology.

These findings, which are from a post-hoc exploratory analysis of the phase 3 CheckMate 9ER pivotal trial, continue to support the use of nivolumab plus cabozantinib as first-line treatment for aRCC, Camillo Porta, MD, of the A. Moro University of Bari, Italy, and colleagues reported in a poster presentation.

As assessed by blinded independent central review, the median PFS duration for patients with a prior nephrectomy was 19.4 months in the combination arm compared with 8.9 months in the sunitinib arm. The 12- and 18-month PFS rates were 62% and 54%, respectively, in the combination arm compared with 37% and 27%, respectively, in the sunitinib arm. Nivolumab plus cabozantinib was significantly associated with a 50% decreased risk for progression compared with sunitinib therapy.

Nivolumab plus cabozantinib also improved confirmed objective response rates (ORR) compared with sunitinib in patients with and without a prior nephrectomy: 60.8% vs 30.5% and 41.6% vs 23.2%, respectively.

Based on findings from CheckMate 9ER trial, the FDA on January 22, 2021 approved the nivolumab plus cabozantinib combination for the first-line treatment of aRCC. The trial demonstrated that the combination treatment significantly improved PFS, OS, and ORR among intent-to-treat patients with a minimum follow-up duration of 10.6 months.

Disclosure: This research was supported by Bristol Myers Squibb. Please see the original reference for a full list of disclosures. 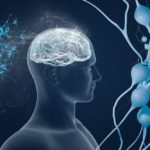 Guideline Updated for Use of Radiation for Brain Metastases