Partial nephrectomy for renal cell carcinoma (RCC) with a minimally invasive approach is not associated with worse oncologic outcomes compared with an open procedure, a recent study suggests.

In fact, minimally invasive modalities resulted in a lower risk for recurrence and death from any cause, investigators reported in Urologic Oncology.

The finding supports previous reports suggesting that minimally invasive surgery is not associated with increased risk for port-site incisional or peritoneal seeding, they noted.

“There have been a few anecdotal arguments that minimal invasive renal surgery is not safe and puts patients at a higher risk of tumor recurrence,” said lead investigator Reza Mehrazin, MD, associate professor of urologic oncology at the Icahn School of Medicine at Mount Sinai in New York, New York. “This multicenter study shows that this is not true.”

“There likely remains some patient selection bias that is unaccounted for in the statistical analysis,” the authors wrote. “Nevertheless, the design of this study is concrete, and the outcomes should warrant reconsideration of the current opinion that OPN and MIPN result in equivalent long-term oncological outcomes.” 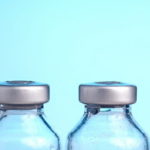