Elevated preoperative serum levels of 2 cardiovascular biomarkers are associated with an increased likelihood of progression of renal cell carcinoma (RCC), according to a new study.

The investigators concluded that their findings suggest that BNP and NT-proBNP are indicators of subclinical functional and structural myocardial damage in patients with advanced RCC.

The study, by Takao Kamai, MD, and collaborators at Dokkyo Medical University Mibu Tochigi, Japan, included 129 patients with clear cell RCC who underwent nephrectomy. The median preoperative serum level of BNP and NT-proBNP were 34.9 and 178.8 pg/mL. The researchers used these medians to divide patients into 2 groups: those above and below the medians. BNP and NT-proBNP levels above the median each was associated with shorter survival compared with levels below the median.

Following surgery, mean serum levels of BNP and NT-proBNP decreased significantly: BNP from 44.2 to 23.7 pg/mL and NT-BNP from 227.5 to 141.1 pg/mL. Dr Kamai’s group hypothesized that RCC might produce BNP and NT-proBNP because serum levels of these hormones fell after surgery. They noted, however, that BNP expression was actually very low in both RCC and normal kidney tissues compared with positive control tissues (normal adrenal gland and liver). This indicates that the hormones were not mainly or directly produced by either the tumors or normal kidney tissues, “suggesting secretion from other organs such as the heart by a mechanism through which RC has some effect on the myocardium,” they wrote.

BNP and NT-proBNP normally are secreted by atrial and/or ventricular myocardial cells in response to volume or pressure overload, and production is related to the severity of myocardial dysfunction, the authors explained. 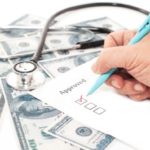