Since patients with poor PS (≥2) were excluded from trials analyzing this new standard of care for mRCC treatment, the study aimed to assess the efficacy and safety of immune checkpoint combination therapy in this group of patients. The multicenter, retrospective study included mRCC patients with PS 2 or greater who were treated with either nivolumab-ipilimumab (NI) or pembrolizumab-axitinib (PA) as first-line therapy between 2017 and 2021.

Findings revealed ORRs of 27%, 42%, and 20% for the entire cohort, the PA treatment cohort, and the NI treatment cohort, respectively. It was noted that the difference in ORR between treatment options was not found to be statistically significant (P =.157).

“Prospective real-world studies are needed to confirm these results,” the investigators concluded. 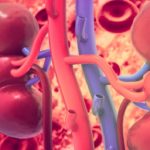