A team at Cleveland Clinic in Ohio led by Jihad H. Kaouk, MD, compared 169 patients who underwent PN with an open approach (OPN) with 545 patients who underwent robot-assisted PN (RAPN). The OPN group had a significantly higher rate of overall complications than the RAPN group (30.3% vs. 18.2%). Wound complications accounted for 11.8% and 1.8% of these events in the OPN and RAPN groups, respectively.

On multivariable analysis, the open procedure was associated with a significant 58% increased odds of overall complications compared with RAPN, Dr. Kaouk’s team reported online ahead of print in BJU International.

“For experienced surgeons, the morbidity associated with nephron-sparing surgery may be incrementally improved using the robot-assisted approach,” Dr. Kaouk and colleagues concluded.

The investigators stated that, to their knowledge, the current study is the largest comparing morbidity after OPN and RAPN for clinical T1a renal tumors. They pointed out, however, that the study had limitations. The retrospective design predisposed to selection bias, they said. In addition, their outcomes reflect the experience of a high-volume, tertiary referral center with experienced surgeons. “Thus, our findings may not be generalizable to a community practice.”

Still, they noted that an open surgical procedure was the strongest predictor of overall complications in their study. Although some would argue that a large proportion of patients with T1a renal tumors could undergo active surveillance or ablative treatments, they wrote, “we typically reserve these treatment options for older patients, poor surgical candidates, or those patients who refuse surgery.” 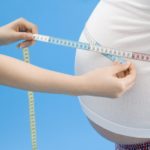