The retrospective investigation, led by Tobias Klatte, MD, of the Medical University of Vienna, included 867 patients who underwent partial or radical nephrectomy. Patients with high cholesterol—defined as a level of 161.5 mg/dL or greater—had a 43% decreased risk of death from RCC compared with patients who had low cholesterol (less than 161.5 mg/dL) in multivariable analysis.

Each 10 mg/dL increment in cholesterol was associated with a 6% decreased risk of death from RCC, after adjusting for the effect of known prognostic factors, the researchers reported in a paper published online ahead of print in BJU International.

Additionally, cholesterol was a prognostic factor in the subgroups of patients with clear cell RCC and papillary RCC, as well as in those with clinically localized disease. Further, Dr. Klatte and his colleagues noted that use of preoperative cholesterol levels increases the discrimination of established prognostic factors.

“The present study confirms that cholesterol is an independent prognostic factor for [RCC] patients treated with surgery, with lower levels being associated with worse survival … As this is a broadly available routine marker, its use may provide a meaningful adjunct in clinical practice,” the authors concluded.

The study population had a median age of 64 years. The median postoperative follow-up for living patients was 52 months. Of the 867 patients, 116 (13.3%) died from RCC.

The findings of the new study are consistent with those of a study published earlier this year by Yoshio Ohno, MD, and colleagues in Urology (2014;83:154-158). The researchers reviewed the records of 364 patients with clear cell RCC who underwent nephrectomy and, like Dr. Klatte’s team, found that preoperative cholesterol was an independent predictor of CSS, with low levels associated with a worse prognosis. 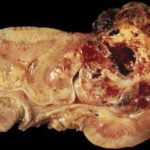