Investigators led by Paul Russo, MD, a urologic oncology surgeon at Memorial Sloan Kettering Cancer Center in New York, reviewed the medical records of 802 patients at the center who had nephrectomy (74% radical nephrectomy, 26% partial nephrectomy) for non-metastatic stage T3 or T4 RCC from 1989 to 2012. Most had open surgery with or without adrenalectomy or lymphadenectomy. The researchers focused on survival following surgical management of the disease, excluding patients receiving adjuvant treatment.

RCC progressed in 189 patients and 104 patients died from the disease, according to results published in the Journal of Urology (2015;193:1911-1917). The researchers determined that the following factors were significantly linked to progression-free and overall survival: symptoms at presentation, American Society of Anethesiologists (ASA) classification, tumor stage, histological subtype, grade, and lymph node status.

A high ASA classification was associated not only with worse overall survival but also with disease progression. “Many mechanisms have been proposed for this observation, including a proneoplastic state due to chronic immunosuppression related to renal failure associated uremia,” the investigators suggested.

The researchers also highlighted a trend toward “more selective use” of adrenalectomy over the years. “Our current practice is to perform adrenalectomy for bulky tumors and in patients with radiographic or intraoperative evidence of adrenal involvement,” they stated. Use of lymphadenectomy increased, especially among younger patients and those with large tumors. 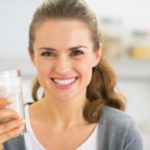 Urinary Cancers Not Linked to Lithium