The finding suggests that DFS can be useful as a predictor of OS in the RCC adjuvant setting when the OS data are immature, they concluded.

The investigators, Naomi B. Haas, MD, of the Perelman School of Medicine at the University of Pennsylvania in Philadelphia, and colleagues, stated that as far as they are aware, their study is the first to assess the association between DFS and OS among patients with intermediate-high risk and high-risk RCC post-nephrectomy using real-world patient-level data.

Overall, 643 post-nephrectomy RCC patients, 269 with recurrence and 374 without recurrence, were included in the study. Patient demographics and disease characteristics were well balanced across the cohorts. In both cohorts, the mean age was approximately 75 years, and most patients were White (each 86%). Among patients with and without recurrence, 96.3% and 98.9% had intermediate-high risk RCC and 3.7% and 1.0% had high-risk RCC, respectively.

Among patients with recurrence, 10.8% had locoregional recurrence and 89.2% had distant metastatic recurrence.

In landmark analyses, patients with recurrence by each landmark point had shorter subsequent OS compared with those who did not have recurrence. The median OS at 1, 3, and 5 years was 2.4, 4.5, and 5.7 years, respectively, for the recurrence group and 9.7 years, not reached, and not reached, respectively, for the group without recurrence. Patients without recurrence at 1, 3, and 5 years after initial nephrectomy had a significant 3.5-, 3.0-, and 2.7-fold greater likelihood of survival compared with patients who had recurrence at those landmark points.

Patients with recurrence had significantly higher inflation-adjusted all-cause medical and pharmacy costs per patient per month compared with patients without recurrence, on average $4924 and $1387 higher, respectively, Dr Haas’ team reported.

This approach using landmark analysis can also be applied to other datasets to hone the populations most at risk for limited DFS and OS, according to the investigators. 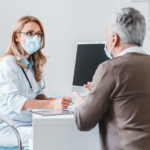