Delaying laparoscopic partial nephrectomy (LPN) for patients with small renal masses has no significant effect on oncologic and perioperative outcomes, according to study findings published in BJU International (2009;103:1355-1358).

Participating patients had a mean tumor size of about 2 cm. Tumor growth rate in the surveillance group was 0.56 cm per year. Benign and malignant tumors had similar growth rates.

The groups were similar with respect to warm ischemia time, operating room time, complications, postoperative length of hospital stay, and in the proportion of patients upstaged from cT1 to pT3a. After a mean follow-up of 60 months, no local recurrences or distant metastases occurred in either group.

The researchers concluded that a treatment delay of more than one year was not associated with additional surgical morbidity or inferior oncologic outcomes. 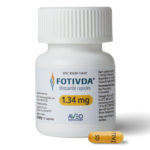