Deferred systemic therapy is a reasonable option for selected patients with metastatic renal cell carcinoma (mRCC), according to researchers. This approach may offer patients a better quality of life without negatively affecting survival, they say.

Investigators at Duke University Medical Center in Durham, N.C., led by Daniel J. George, MD, reviewed data from 60 patients with mRCC who did not receive systemic therapy within the ­first year after diagnosis. Patients had a median age of 61.2 years, and their median duration from diagnosis of localized RCC to development of mRCC was 41.9 months. Of these patients, 36 (60%) were managed with surgical metastasectomy alone, 7 (12%) received multiple local treatment modalities, 8 (13%) underwent active surveillance, 4 (7%) were managed supportively, and 5 (8%) were categorized as “other.”

The cohort had a median follow-up was 52.9 months. The 3-year survival was 83% overall and 94% for patients who underwent surgical metastasectomy as the initial management strategy, Dr. George’s group reported in Clinical Genitourinary Cancer (2015;13:e159-e166). At 3 years, 49% of patients had no evidence of disease and 19% had died or been transitioned to hospice. The 5-year survival rate was 59%, and 24% still had no evidence of disease.

“Although the new targeted therapies for mRCC are better tolerated than systemic chemotherapies, they still have serious side effects,” the authors wrote. “Therefore, a strategy of delaying therapy may result in significant quality of life gains for these patients.”

In a discussion of study limitations, Dr. George’s group pointed out that their cohort included only patients treated at a large academic medical center, so their sample may not be representative of all mRCC patients or clinical environments because of sample bias and self-selection bias.

The study by Dr. George and his colleagues adds to a growing body of evidence suggesting that deferred systemic therapy may be an attractive option for selected patients. For example, investigators at the University of Ulsan College of Medicine in Seoul, South Korea, studied 58 patients with asymptomatic or minimally symptomatic mRCC placed on active surveillance. After a median follow-up of 31.4 months, the median time to progression—the primary endpoint of the study—was 12.4 months, and the median overall survival was not reached, the researchers reported in the Journal of Cancer Research and Clinical Oncology (2014;140:1421-1428). “Asymptomatic or minimally symptomatic mRCC patients can be observed for a prolonged period without active treatment,” the researchers concluded in their study abstract.

Dr. George and his colleagues commented in their report, “In a time of quickly evolving treatment choices for patients with mRCC, it is critical that we understand treatment patterns and outcomes in routine clinical practice. The need to better understand the observed practice of delayed systemic therapy for patients with mRCC is such an example.”

Christopher G. Wood, MD, Professor and Deputy Chairman of the Department of Urology at the University of Texas MD Anderson Cancer Center in Houston, said he believes deferred systemic therapy is an appropriate way to address the adverse effects that targeted therapies have on patients.

“There is no question that while targeted therapies have improved patient outcomes, they have chronic toxicity that can be a source of great angst for our patients,” Dr. Wood said. “So staving them [targeted therapies] off for a period of time avoids periods of toxicity but doesn’t alter their effectiveness when and if the disease kinetics change.”

Dr. Wood called deferred systemic therapy for mRCC “a very reasonable approach in selected patients, where the kinetics of their disease growth are slow, their metastatic burden is low, and they are enjoying a good quality of life.”

Daniel Cho, MD, Assistant Professor of Medicine, and Director of the Developmental Therapeutics Program at the Perlmutter Cancer Center at New York University Langone Medical Center, said he believes clinicians should consider deferral of systemic therapy more frequently when deciding whether to prescribe currently available molecularly targeted therapies such as VEGFR antagonists and mTOR inhibitors. “There are data to support that the efficacy of these agents is similar whether treatment is delayed or started immediately,” Dr. Cho said.

Deferral of systemic therapy, he noted, has long been used as a management option by physicians caring for patients with mRCC. “The available data clearly suggest that there is a subset of patients who can experience prolonged periods of relative disease stability in the absence of systemic therapy,” he said. “The critical issue is identifying the patients for whom this strategy would be most appropriate.”

With the acceptance that systemic therapy with currently available molecularly targeted therapies (such as VEGFR antagonists and mTOR inhibitors) does not have curative potential for the vast majority of patients, deferring such therapy in appropriately selected patients is certainly reasonable clinically, Dr. Cho said. This decision, however, becomes more complicated for immunotherapies because these have the potential for inducing durable and complete responses.

“As there is speculation that RCC becomes more immunosuppressive over time, the assumption that immunotherapy may be equally effective irrespective of timing of treatment may not be correct,” he said. 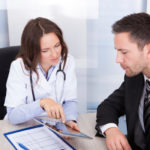