Adding cabozantinib to treatment with nivolumab and ipilimumab prolongs progression-free survival (PFS) in patients with intermediate- to poor-risk renal cell carcinoma (RCC), according to results from the phase 3 COSMIC-313 trial.

“This is the first study to use an immuno-oncology doublet standard of care as the control group,” said study presenter Toni K. Choueiri, MD, of the Dana-Farber Cancer Institute in Boston.

He added that follow-up for overall survival is ongoing. Dr Choueiri presented the PFS results and other findings from the trial at ESMO Congress 2022.

The COSMIC-313 trial (ClinicalTrials.gov Identifier: NCT03937219) enrolled patients with clear cell, intermediate- to poor-risk RCC. Patients were either previously untreated or they had received 1 prior systemic adjuvant therapy if they had completely resected RCC and if recurrence occurred 6 months or more after the last dose of adjuvant therapy.

A total of 855 patients were randomly assigned to receive cabozantinib plus nivolumab and ipilimumab (n=428) or placebo plus nivolumab and ipilimumab (n=427). The initial triplet or doublet therapy was given for 4 cycles. After that, patients continued treatment with nivolumab — in combination with cabozantinib or placebo — until loss of clinical benefit, intolerable toxicity, or the 2-year mark.

The primary endpoint was PFS by blinded independent review committee, analyzed after 249 events in the PFS intent-to-treat population. This population is the first 550 patients randomized. The median follow-up in this group was 20.2 months.

The objective response rate was 43% in the cabozantinib arm and 36% in the placebo arm. The disease control rate was 86% and 72%, respectively. In both arms, 3% of patients achieved a complete response. The median duration of response was not reached in either arm.

Disclosures: This study was supported by Exelixis, Inc. Some of the study authors declared affiliations with biotech, pharmaceutical, and/or device companies. Please see the original reference for a full list of disclosures. 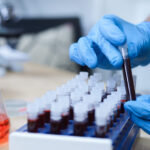