Patients with metastatic renal cell carcinoma (mRCC) who undergo complete metastasectomy have longer survival and delayed initiation of targeted therapy compared with patients not receiving metastasectomy, according to findings from a real-world study.

Investigators compared 229 patients who underwent complete metastasectomy with 803 patients who did not have the procedure matched by propensity score within a cohort of patients in whom metastases developed after nephrectomy. They identified patients using the Canadia Kidney Cancer information system database. All were diagnosed from 2011 to 2019.

Other results showed that first-line targeted therapy was delayed by almost 1 year for patients with vs without complete metastasectomy: 49 vs 38 months, respectively (P =.0057). Sunitinib (17.0% vs 17.8%) and pazopanib (72.6% vs 70%) were the most common therapies in both groups, respectively.

The researchers could not account for the number and sizes of metastases — factors that may have influenced survival. 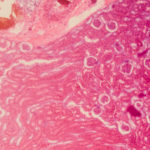