“Therapeutic enhancements that contributed to improvements in surgical practice and timing, wrote ASCO’s President, Howard A. “Skip” Burris III, MD, FACP, FASCO, have specifically contributed to “less invasive approaches for advanced melanoma, reduced the need for surgery in renal cell carcinoma, and increased the number of patients with pancreatic cancer who can undergo surgery.”

Since 2006, there have been more than 150 new therapies or indications approved by the US Food and Drug Administration (FDA) in the cancer space, which likely contributed to the dramatic decline in cancer death rates in the last 30 years. In fact, according to ASCO’s calculations, 2 out of 3 people with cancer now live at least 5 years after their initial cancer diagnosis.

In the case of melanoma, researchers found that administering immunotherapy in the neoadjuvant setting allowed for less invasive surgery. Neoadjuvant treatment with dabrafenib and trametinib in patients who had stage IIIC disease characterized by a BRAF V600 mutation “made it easier to surgically remove the tumor and surrounding tissue” in nearly half of the 35 patients studied, and almost half of the study participants had a complete response to the combination (ClinicalTrials.gov Identifier: NCT01972347). And, reducing the neoadjuvant dosing of ipilimumab plus nivolumab in stage III melanoma in OpACIN-neo allowed high-risk patients to experience benefit from a combination immunotherapy approach, while incurring fewer adverse effects compared with those seen with normal dosing protocols (ClinicalTrials.gov Identifier: NCT02977052).

The availability of targeted therapies in metastatic renal cell carcinoma (mRCC) provided options outside of immediate surgery, and the use of these medications in the upfront setting expanded the cohort of patients with pancreatic cancer who would be eligible to consider surgery as a treatment option.

For both of the developments flagged by ASCO as being practice changing in kidney cancer, sunitinib was the main drug under investigation — and it was found to be no worse than surgery (ie, comparable to cytoreductive nephrectomy followed by sunitinib) in mRCC in the CARMENA trial (ClinicalTrials.gov Identifier: NCT00930033). In the SURTIME trial of 99 patients, treatment for mRCC with sunitinib prior to cytoreductive nephrectomy (CN) led to progression-free survival rates (PFRs) that were similar to those seen in patients who underwent immediate CN followed by postsurgical sunitinib (ClinicalTrials.gov Identifier: NCT01099423). The benefit of sunitinib in the adjuvant setting in RCC, however, was less clear: data on sunitinib as an adjunctive therapy were mixed, and in patients with a high risk of disease recurrence, treatment with the drug in this setting was linked to a worse health-related quality of life (HRQoL) compared with placebo.

For pancreatic malignancies that have metastasized, progress has allowed oncologists to make better treatment decisions for patients who have tumors that were previously thought to be unresectable. The ASCO panel cited examples from 2 single-arm trials based on FOLFIRINOX (ClinicalTrials.gov Identifier: NCT01591733 and ClinicalTrials.gov Identifier: NCT01821729). One trial was in borderline-resectable pancreatic ductal adenocarcinoma and the other combined losartan with neoadjuvant FOLFIRINOX in patients with locally advanced pancreatic cancer.

The report also summarized a variety of other important strides made in cancer treatment outside of surgery within the last year.

The were also some additional, more subtle treatment trends noted in the report that all centered around a common theme: harm reduction in oncology. The authors from ASCO noted that studies examining combination regimens in cancer have demonstrated that improved survival does not always have to be coupled with toxicity increases — and that the improved adoption of vaccines for human papillomavirus (HPV) has helped reduce the risk of cervical cancer in the real world. It was also noted that investigators can likely put to rest a theory that vitamin D prevents cancer as researched have determined that vitamin D supplementation has no influence on cancer incidence or mortality.

The authors concluded their report with the suggestion that further refinements in the practice of treating cancer should include better ways to predict patient response and resistance to therapies prior to administration. They also noted the needed improvement in efforts to deliver cancer care to populations with the highest burden of unmet need, including patients who are obese, are older and potentially more frail, those who have rare cancers with few treatment options, or pediatric patients. There is also a need for better screening of premalignant lesions, the identification of better predictive and prognostic biomarkers, and the increased use of systemic therapies as a method of limiting the scope of surgical interventions that would be required. 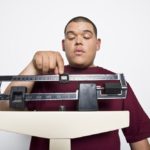