Routine ureteral stenting during bladder cancer surgery to prevent or decompress obstruction should be avoided because it may give rise to upper tract urothelial carcinoma (UTUC), according to investigators.

Given the debate on this issue, Petros Sountoulides, MD, PhD, of Aristotle University of Thessaloniki in Greece, and colleagues performed a meta-analysis of 5 studies that included 278 ureteral stent and 131 nephrostomy placements among 3309 patients with bladder cancer treated with transurethral resection of tumor (TURBT) or radical cystectomy (RC). Metachronous UTUC developed in 20 (7.2%) stent cases and 3 (2.3%) nephrostomy cases.

Patients treated with ureteral stents had significant 3.5- and 3.4-fold increased odds of metachronous UTUC compared with patients who had no ureteral stents or no upper urinary tract drainage, respectively, the investigators reported in The Journal of Urology.

In cases where drainage was deemed necessary, UTUC risk did not differ significantly between double-J stent and nephrostomy, even among patients with hydronephrosis.

“Our findings suggest that patients with bladder cancer treated with ureteral stenting, either to protect the ureteral orifice and prevent obstruction or to decompress established upper urinary tract obstruction, may be associated with a higher risk of developing metachronous upper tract urothelial carcinoma compared to no stenting,” Dr Sountoulides and colleagues concluded. “Given this risk, it is recommended that prophylactic stenting after resection of tumors involving the orifice should be avoided.”

Stenting may abolish the natural anti-reflux mechanism in the ureter, enabling cancer cell seeding and implantation from the bladder or it may actively flush cancer cells up the urinary tract, they explained.

The investigators noted that the overall quality of the studies was low. In addition, they could not account for potential confounders, such as tumor multifocality, involvement of the ureteral orifice, previous manipulations, or history of cancer in the upper urinary tract.

In an accompanying editorial, Francesco Greco, MD, of Humanitas Gavazzeni in Bergamo, Italy, commented, “Future randomized studies comparing ureteral stenting or percutaneous nephrostomy as a therapeutic option in cases of hydronephrosis in patients planned for RC are mandatory in order to evaluate the best approach, which could improve preoperative renal function without significantly worsening oncologic outcomes.” 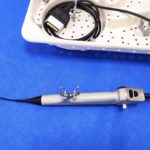