Laparoscopic, robotic-assisted, and open radical cystectomy are associated with similar long-term oncologic outcomes among patients with muscle-invasive or high-risk nonmuscle-invasive bladder cancer, according to findings from the CORAL study, the only randomized trial comparing the 3 surgical approaches.

Dr Khan and his team concluded that the 3 surgical approaches demonstrated no significant differences in 5-year RFS, CSS, and OS. “Minimally invasive techniques achieved similar oncological outcomes to the gold standard of ORC,” they wrote. “However, the results need to be interpreted with caution due to the small sample size.”

Findings should provide some reassurance to clinicians and patients, according to the investigators.

The authors noted that minimally invasive techniques provide benefits such as decreased blood loss, more rapid recovery, shorter hospital stay, and a reduction in wound complications. “However, aside from these perioperative benefits, there is as yet little evidence to suggest that these approaches yield superior oncological outcomes, which are largely dependent on the local stage and biology of the disease, and perhaps the experience of the surgeons performing the procedures.” 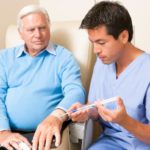