Survival outcomes improve with 4 cycles of neoadjuvant gemcitabine plus cisplatin rather than 3 cycles in patients with localized muscle-invasive bladder cancer (MIBC), according to a recent study.

In a retrospective study, investigators compared 107 patients (64.5%) who received 3 cycles and 59 patients (35.5%) who received 4 cycles of neoadjuvant gemcitabine plus cisplatin prior to radical cystectomy. Tumor histology and tumor stage were similar between the 2 groups. Age, insurance status, and comorbidity burden were also comparable.

Patients in the 4-cycle group had a significant 88% greater likelihood of  overall survival compared with those in the 3-cycle group, however, Ahmet Murat Aydin, MD, of H. Lee Moffitt Cancer Center and Research Institute, Tampa, Florida, and colleagues reported in Urologic Oncology. Cancer-specific survival was a nonsignificant 69% higher in the 4-cycle than 3-cycle group.

According to the investigators, neoadjuvant chemotherapy may be especially effective against micrometastatic disease.

“Although potential benefits of omission of fourth cycle may include expedited time to surgery, reduced chemotherapy-associated toxicity, and lower treatment costs, continuation of treatment with a fourth cycle of neoadjuvant [gemcitabine plus cisplatin] chemotherapy may benefit patients with muscle-invasive bladder cancer and further improve disease outcomes,” Dr Aydin’s team concluded.

The study is limited by its retrospective design, which is subject to selection bias. Randomized controlled data are still needed. 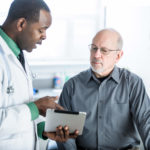