Neoadjuvant vs adjuvant chemotherapy for muscle-invasive bladder cancer (MIBC) offers superior disease-free survival, but this does not translate into improved cancer-specific and overall survival, according to investigators.

In an analysis of MIBC cases in the RISC (Retrospective International Study of Cancers of the Urothelial Tract) database, Cora N. Sternberg, MD, of San Camillo-Forlanini Hospital in Rome, and colleagues found that the median disease-free survival (DFS) was significantly longer among recipients of neoadjuvant chemotherapy (NAC) than adjuvant chemotherapy (AC): 34.6 vs 24.9 months. NAC was associated with a significant 22% decreased risk of disease progression compared with AC, the investigators reported in Frontiers in Oncology.

The absence of a significant difference in CSS and OS between the treatment arms may result from the “not-negligible” percentage of patients (20.5%) with positive lymph nodes in the NAC group and the percentage of patients without adequate pathologic lymph node staging (2.7%). “These patients may have poorer outcome due to the lack of chemotherapy responsiveness, micrometastatic disease that would later progress or a greater disease burden,” Dr Sternberg’s team wrote, adding that many of these patients may have been under staged and therefore not adequately treated.

The study included 656 patients with MIBC who underwent radical cystectomy. Of these, 331 received NAC and 325 received AC. In both the NAC and AC treatment arms, the majority of patients were male: 77.6% and 83.4%, respectively.

The absence of an OS advantage with NAC vs AC contradicts findings of a study presented at the 2018 American Urological Association annual meeting in San Francisco last May. The study included 792 MIBC patients who underwent radical cystectomy, of whom 509 received NAC and 283 received AC. The 5-year OS rate was 50.3% among NAC recipients compared with 38% among AC recipients, investigators reported. NAC was associated with a significant 32% decreased risk of death compared with AC. 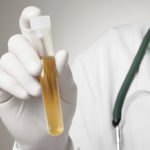