In a head-to-head comparison with white-light imaging (WLI) cystoscopy, NBI was superior at revealing early bladder tumors and carcinoma in situ.

Previous single-center studies investigating NBI have shown favorable results. So investigators led by Zhangqun Ye, MD, and Jia Hu, MD, of Tongji Hospital in Wuhan, China, further evaluated NBI in a prospective, randomized, multi-center study. At 8 research centers, 384 patients suspected of having bladder cancer were evaluated by NBI and WLI cystoscopy in a randomized order. Urologists used a cystoscope that could switch between white light and filtered narrow band light of 415 nm and 540 nm. Suspicious areas were mapped on separate bladder charts for NBI and WLI, and biopsies were taken.

Among the 41 cancers detected by NBI alone, 16 were pTa, 21 pT1, and 4 pTis. No pTis stage samples were detected by WLI.

“WLI may fail to detect small papillary and subtle flat carcinoma in situ lesions, which could progress and become invasive. More effective endoscopic methods are needed to detect bladder tumors due to these carcinomas,” the researchers remarked.

Narrow band light is better absorbed by hemoglobin and may increase the visibility of capillaries in the surface mucosa and blood vessels in the submucosa and enhance contrast of superficial tumors. However, a diagnostic standard for NBI images is needed before it can be widely used in clinical practice, according to the researchers. 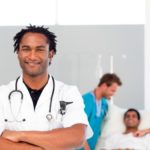