Low-grade Ta nonmuscle-invasive bladder cancer (NMIBC) has a low rate of progression and mortality, but surveillance testing and treatment contrary to guidelines may still be occurring and at excess cost, a new study indicates.

Adherence to current guidelines remained suboptimal with 55.2% receiving 2 or fewer cystoscopies annually from 2004 to 2008 compared with 53.8% from 2009 to 2013, “suggesting overuse of all surveillance testing modalities.”

“These results suggest that, despite low rates of disease recurrence and progression in this patient population, efforts to limit overuse of surveillance testing and treatment are warranted to help mitigate increasing costs of care,” the authors wrote.

“As we strive to improve bladder cancer care and health care spending, it will be important that clinicians be thoughtful about tests and procedures being performed,” Dr Williams’ team wrote. “Goals might include delivery of risk-aligned surveillance that comprises more frequent surveillance of patients with high risk of disease progression and death as well as deescalation of surveillance among patients with low risk of worse cancer outcomes.”

In an accompanying editorial, Grayden S. Cook, BS, and Jeffrey M. Howard, MD, PhD, of University of Texas Southwestern Medical Center, Dallas, commented that “it is imperative to move forward with initiatives that provide higher value and are more evidence-based and patient-centered.” 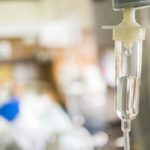