For non-muscle-invasive bladder cancer (NMIBC) patients undergoing transurethral resection of bladder tumor (TURBT), instilling mitomycin C chemotherapy within 24 hours reduces the risk of recurrence compared with delaying it by 2 weeks, according to a new study.

In a randomized trial of 2243 patients treated from 1998 to 2003, the recurrence risk was 27% for the immediate instillation group compared with 36% in the delayed group over 3 to 5 years of follow-up, researchers reported online ahead of print in European Urology. Early mitomycin C was associated with a 27% reduction in recurrence risk and also improved time to recurrence.

Recurrence risks for immediate versus delayed instillation were 43% and 46% in low-risk patients, 20% and 32% in intermediate-risk patients, and 28% and 35% in high-risk patients, respectively. Three-quarters of patients were diagnosed with Ta tumors, and just 2.8% had carcinoma in situ. No patient underwent a second TURBT.

Risk groups were defined differently from current guidelines, which prevents specific recommendations, according to the investigators. The study also was conducted before widespread use of Bacillus Calmette-Guérin therapy. Whether patients treated with adjuvant BCG schedules benefit from an immediate instillation with chemotherapy cannot be determined from the study or the literature, the investigators stated. Other limitations included lack of information on tumor size and smoking history.

Adverse events occurred in 25% of the immediate instillation group and 22% of the delayed group, a non-significant difference. Six patients in the early group may have had extravasation, but none of the incidents required surgery.

The study was funded by Takeda Pharmaceuticals. 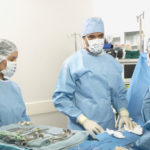