A new study suggests that previous use of cannabis is associated with a lower risk of certain genitourinary cancers.

These findings were published in Cancer Medicine.

The study included 151,945 people with information on cannabis use from the UK Biobank. Of this cohort, 33,449 people said they had ever used cannabis.

When they analyzed patients by sex, the researchers found different associations between men and women.

The researchers suggested that this finding might be explained by hormonal differences between men and women or differences in how cannabinoid metabolism and receptors function.

“Due to the limited information in the UKB database, we were not able to distinguish cannabis use because of cancers from the current use of cannabis [not due to a cancer diagnosis],” the researchers wrote. 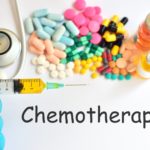