Measuring circulating tumor DNA (ctDNA) in the plasma of patients with urothelial carcinoma may predict prognosis and help guide decisions for precision therapy, according to a study published in Nature. The study showed improved survival with adjuvant atezolizumab-based immunotherapy in patients who were positive for ctDNA and were at high risk for relapse.

“Historically, it has been difficult to determine which patients have residual disease and which are cured after surgery,” the study authors wrote. “Therefore, many patients who are cured by surgery are unnecessarily exposed to adjuvant therapy toxicities, and other patients with residual disease may not receive potentially beneficial treatment until disease progression is detectable by imaging. Detection of ctDNA shortly after surgical resection may overcome these limitations by enabling early identification of patients with minimal residual disease (MRD).”

Researchers evaluated the treatment outcomes among patients who had undergone surgery and were evaluable for ctDNA from the randomized phase 3 IMvigor010 trial (ClinicalTrials.gov Identifier: NCT02450331), which compared treatment with adjuvant atezolizumab with observation after surgical resection for operable urothelial cancer.

The IMvigor010 study enrolled 809 patients who were randomly assigned either to the atezolizumab arm (406 patients) or the observation arm (403 patients). Of the 809 patients, only 581 (72%) were included in the biomarker-evaluable population.

Of the 581 biomarker-evaluable patients, 214 (37%) were identified as positive for ctDNA via testing at the start of therapy, and these patients had a poor prognosis. Patients with ctDNA-positive status were found to be at higher risk for disease recurrence than those with a ctDNA-negative status (observation arm, disease-free survival [DFS] hazard ratio [HR], 6.3; 95% CI, 4.45-8.92; P <.0001).

Transcriptomic analysis of tumors from patients with ctDNA-positive status showed elevated expression of cell-cycle and keratin genes. In the atezolizumab arm, patients who were positive for ctDNA and who did not relapse exhibited signatures associated with immune response and basal–squamous gene features, whereas patients who relapsed exhibited signatures associated with angiogenesis and fibroblast transforming growth factor beta (TGFβ). The results of this study demonstrated the utility of ctDNA as a biomarker for MRD and response to atezolizumab and linked ctDNA to the biology of the tumors.

“Initiating personalized treatment based on the identification of MRD rather than treating unselected patients or waiting for relapse would be a substantial change in cancer treatment,” the authors stated. “These findings, if validated in other settings, would shift approaches to postoperative cancer care.”

Disclosure: This research was supported by F. Hoffmann-La Roche Ltd and Genentech, Inc. Some study authors declared affiliations with biotech, pharmaceutical, and/or device companies. Please see the original reference for a full list of disclosures. 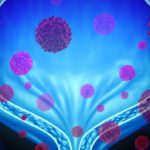