Pembrolizumab monotherapy was found to be tolerable and produced enduring responses in patients with Bacillus Calmette-Guérin (BCG)-unresponsive, non–muscle-invasive bladder cancer who were ineligible for or did not choose to undergo radical cystectomy, according to study results published in The Lancet Oncology.

Transurethral resection of bladder tumor followed by intravesical BCG immunotherapy is the current standard of care for patients with high-risk, non–muscle-invasive bladder cancer. Despite high initial response rates, approximately 50% of these patients relapse or become resistant to BCG immunotherapy. BCG resistance is attributed to the potential activation of the programmed death-1 (PD-1) pathway, the study authors explained.

In the open-label, single-arm, phase 2 KEYNOTE-057 trial (ClinicalTrials.gov Identifier: NCT02625961), the study authors sought to determine if pembrolizumab (a PD-1 inhibitor) can induce clinical complete response (CR) in BCG-unresponsive, non–muscle-invasive bladder cancer. The multicenter trial was conducted at 54 sites, including hospitals and cancer centers, in 14 countries.

Interim results from Cohort A of this trial supported the FDA approval (January 2020) of pembrolizumab for this patient population. The research team reported additional results from the analyses of Cohort A that included 101 patients with carcinoma in situ with or without papillary tumors, of whom 96 were evaluable for efficacy.

All participants received pembrolizumab 200 mg intravenously every 3 weeks for up to 24 months or until disease persistence, recurrence, progression, or unacceptable toxicity. The median follow-up of the study was 36.4 months (interquartile range 32.0-40.7).  At 3 months, pembrolizumab treatment resulted in a CR among 39 (41%) of 96 patients (95% CI, 30.7-51.1).

Based on these study results, the authors stated that “Pembrolizumab fulfills an unmet need for efficacious, nonsurgical therapies in BCG-unresponsive carcinoma in situ and provides a clinically meaningful option for patients who are ineligible for or decline radical cystectomy.”

The authors suggested that future trials should explore potential markers for and mechanisms of resistance to identify patients who are most likely to respond to PD-1 or programmed death-ligand 1 (PD-L1) immunotherapy and that combination strategies should also be considered to further improve upon the action of pembrolizumab.

Disclosure: This research was supported by Merck Sharp & Dohme. Some study authors declared affiliations with biotech, pharmaceutical, and/or device companies. Please see the original reference for a full list of disclosures. 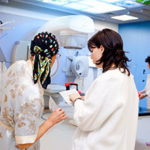