Stratifying bladder cancer patients according to how frail they are can predict their likelihood of serious adverse outcomes following radical cystectomy (RC), according to a new study.

“As the patient population with bladder cancer continues to age, it is increasingly important to identify those patients at increased risk of severe complications and mortality in the perioperative period,” investigators Meera R. Chappidi, a medical student at Johns Hopkins University School of Medicine in Baltimore, Max Kates, MD, and Trinity J. Bivalacqua, MD, PhD, of the same institution, and colleagues wrote in a paper published online ahead of print in Urologic Oncology. “Risk stratification is especially important for RC, as most patients experience at least 1 postoperative complication within 30 days of surgery.”

Chappidi’s group used the modified frailty index (mFI) to evaluate the frailty of 2,679 RC patients included in the National Surgical Quality Improvement Program database. The mFI consists of 11 risk factors identified pre-operatively, each with a score of 1. The investigators tallied the number of risk factors each patient had and used the total value as the mFI score. They divided patients into 4 groups based on mFI score: 0 (843 patients), 1 (1,176 patients), 2 (555 patients), and 3 or higher (105 patients). The researchers examined the relationship between mFI score and the rate of Clavien grade 4 and 5 complications.

“For this study, an mFI score of 2 represents a cutoff at which the high-grade postoperative complication and mortality rates significantly increased among patients,” the authors wrote. “These types of cutoffs provide clinical utility when creating future guidelines for taking care of patients who are of questionable surgical candidacy.”

A cutoff above an mFI score of 2 would not be an absolute or relative contraindication to RC, but it would be an important clinical indicator that a patient may want to strongly consider potential treatment options other than RC “if oncological principles for treatment of bladder cancer would not be compromised with these alternative treatment options.” 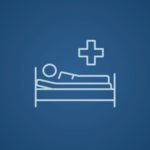