After adjustments for age, BMI, hypertension, and smoking history, men with CRP levels of 3 mg/L or higher were twice as likely as men with lower CRP levels to have rapid increases in LUTS and rapid decreases in peak flow rate, according to data published in the American Journal of Epidemiology (2009;169:1281-1290).

“While elevated CRP levels are currently used primarily as a marker for risk of heart disease, our data suggest that elevated levels may also indicate when a man is at increased risk of rapidly worsening urinary symptoms,” the authors concluded.

The absence of a significant association between CRP levels and rapid increases in prostatic growth and obstructive LUTS, the authors pointed out, “do not discount the possibility that inflammatory processes in the prostate are associated with prostatic growth; however, they do suggest that rapid growth in the prostate is not necessarily reflected in systemic levels of CRP.”

In an accompanying commentary (pp.1291-1293), Stephen J. Freedland, MD, of Duke University Medical Center in Durham, N.C., and William J. Aronson, MD, of the University of California in Los Angeles, observed: “Given that clinical trials of anti-inflammatory drugs for LUTS have been largely unsuccessful, the role of inflammation as a contributor to LUTS remains an interesting hypothesis that requires further study.” 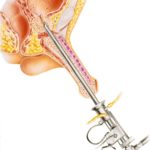 Erectile Function Mostly Not Impacted by Surgery for BPH