Widely-used treatments for lower urinary tract symptoms associated with benign prostatic hyperplasia (LUTS/BPH) provide similar symptom relief and improvement in quality of life, according to a real-world study of clinical practice in Spain.

Previous studies have focused largely on individual therapies, so investigators led by Jose Manasanch, PhD, of Pierre Fabre Iberica S.A. in Spain, compared treatments based on representative patients from contemporary practice. The prospective Quality of Life in Benign Prostatic Hyperplasia study involved 119 urologists and 1,713 patients with moderate to severe LUTS/BPH (older than 40 years) from outpatient clinics across Spain. The study excluded men with complicating factors, such as other urological disorders, surgery, or recent treatment with medication affecting the urinary system.

After 6 months, improvements in quality of life were similar across treatment groups for both monotherapy and combined therapy based on the Benign Prostatic Hyperplasia Impact Index and the International Prostate Symptom Score. The magnitude of improvement was similar to that reported in previous studies using these measures. Patients with more severe symptoms experienced greater improvement. All treatments outperformed watchful waiting.

Hexanic extract of S. repens appeared similarly effective to AB and 5-ARI treatment, either as monotherapy or in combination with AB, without affecting sexual function. A European Medicines Agency report concluded that only the hexanic extract has evidence to support its use, according to the investigators. They also acknowledged that patients receiving phytotherapy tended to be younger and have less severe symptoms.

“The results of this study add to the evidence pool on current treatments for LUTS/BPH and should help to further inform decision-making regarding treatment,” Dr. Manasanch and colleagues concluded in International Urology and Nephrology. “Such decision-making should also take into account the patient’s clinical condition and their risk-benefit preferences.

As this was an observational study, the possibility of selection bias cannot be eliminated. Future studies also might address LUTS/BPH progression, the researchers suggested. 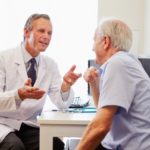