Transurethral resection of the prostate (TURP) is still the most common surgical treatment for benign prostatic hyperplasia (BPH), but its rate of use has been declining in the wake of a growing popularity of laser prostatectomies, according to a study.

The use of laser prostatectomy (coagulation, enucleation, or vaporization) rose significant from 6.4% of cases in 2000-2002 to 44.5% in 2009-2011, whereas the use of TURP declined significantly from 72.2% to 48.3% of cases during the same time periods, Dr. Chughtai’s team reported online ahead of print in the Journal of Endourology.

In adjusted analyses, patients aged 45 years or older were progressively less likely to receive laser treatments. Compared with patients younger than 45, those aged 45–65, 65–75, and older than 75 years were 21%, 30%, and 38% less likely to undergo laser surgery.

The researchers called this an interesting observation “since laser therapy is minimally invasive and there is evidence that it is safe and effective in patients who are at high risk for surgical complications such as elderly and in those who require anticoagulation therapy.”

One possible explanation, the investigators noted, is that some surgeons are still concerned about safety and prefer to use laser treatments in younger and healthier patients.

“Perhaps if we evaluate a more contemporary cohort where surgeons have gained more expertise and experience with laser technology, we will see more older patients with comorbid conditions who have been treated with laser therapy.” 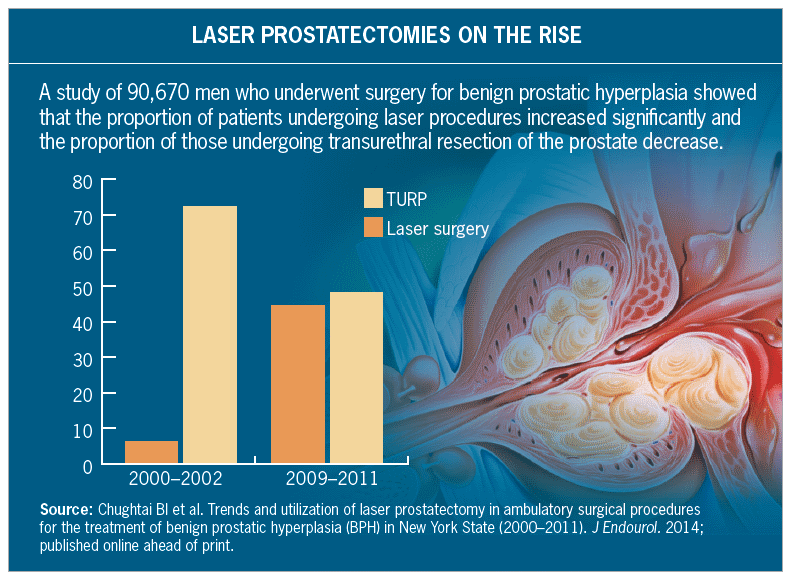 The study also showed that Medicaid patients were 42% like likely to undergo laser surgery than those with private insurance. Mid- and high-volume centers (treating an annual average of 100–200 cases and more than 200 cases, respectively) were twofold and fourfold more likely than low-volume centers (treating an annual average of fewer than 100 cases) to use laser procedures.

In a propensity-matched cohort, TURP and laser patients had similar complication rates, but the TURP group had a significantly higher proportion of patients with electrolyte disorders than the laser group (2.9% vs. 2.3%).

“Laser surgery and other new technologies continue to change the landscape of BPH-related procedures,” the authors wrote. “As TURP has been the gold standard for surgical treatment of BPH, there is need to understand if new technologies such as laser prostatectomy can be as safe as TURP. Our study provides supportive evidence that laser and TURP have similar in-hospital morbidity as well as low occurrence of complications.” 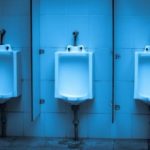