Study finds that they are 51% less likely than whites to report being diagnosed with the condition.

Benign prostatic hyperplasia (BPH) is reported significantly less often among blacks than whites, according to a study of 21,949 men. Despite an apparently lower prevalence of BPH, blacks with BPH are more likely than whites to have had surgery for the condition.

The investigators, led by Jay H. Fowke, PhD of Vanderbilt University Medical Center in Nashville, Tenn., concluded that their findings suggest that race and socioeconomic status are independently associated with BPH.

The study included participants in the Southern Communities Cohort Study, which recruited men from 60 community health centers in the southeastern United States. About 80% of subjects were black and 20% were white. Dr. Fowke and his group found that 4.1% of blacks reported ever being diagnosed with prostate enlargement or g BPH compared with 9.9% of whites, according to their paper in The Journal of Urology (2008; published online ahead of print).

Age, education, insurance coverage, income, and comorbidities were each associated with BPH. After controlling for these factors, blacks were 51% less likely than whites to report being diagnosed with BPH. Interestingly, among the men with BPH, 12.9% of blacks had it treated with surgery compared with 9.1% of whites. After controlling for heath-care access and socioeconomic status, blacks had a 65% increased likelihood of having BPH surgery compared to whites.

Dr. Fowke and his colleagues noted that it is unlikely that the difference in BPH prevalence could be attributable to variations in BPH etiology. One possible explanation for the racial disparity, the researchers noted, is that black men may be less likely than white men to report urinary tract symptoms to a physician or perhaps physicians are less likely to ask black men about such symptoms.

Noting that BPH surgery usually is reserved for patients with severe symptoms, the authors said their finding that black men with BPH are more likely to undergo surgery is consistent with a previous study, published in Urology (2003;61:1086-1091), demonstrating greater severity of lower urinary tract symptoms in black men compared with white men. 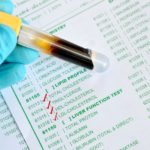