Approximately 20% to 30% of men with prostate cancer experience disease recurrence within 5 years of therapeutic intervention.1 A key challenge in managing these patients is a scarcity of accurate and cost-effective tools to pre-emptively predict which men are likely to suffer recurrence and plan therapeutic strategies accordingly.

A retrospective study found that an artificial intelligence (AI) tool that parses out disease patterns from preoperative magnetic resonance imaging (MRI) scans performed better than other tools in predicting biochemical recurrence-free survival after surgery for prostate cancer.2  The tool, an integrated radiomic-clinicopathologic nomogram (RadClip), was tested and validated in a study of 198 patients by Anant Madabhushi, PhD, director of the Center for Computational Imaging and Personalized Diagnostics and professor of biomedical engineering, and his team at Case Western Reserve University in Cleveland, Ohio.

Study subjects were 198 men with prostate cancer treated at 4 different institutions between 2009 and 2017. The patients underwent routine MRI followed by radical prostatectomy. Median follow-up was 35 months. The research team used MRI data — both T2-weighted and diffusion-weighted images — from 71 patients to parse out dozens of textural features from tumor areas that had been manually delineated by experienced radiologists. Using computational methods, they identified the features most strongly associated with risk of disease recurrence.

RadClip was ultimately based on 5 strongly predictive MRI features (ie, distribution kurtosis): wave texture, wave-ripple texture, local intensity range, intensity heterogeneity, and wave and edge texture, which were combined with preoperative prostate-specific antigen (PSA) levels and the tumors’ Gleason Grade (GG). That signature “was then used to train our AI classifier to be able to predict outcome,” Dr Madabhushi explained. The researchers tested the tool on the remaining 127 patients to ascertain its performance in predicting biochemical recurrence-free survival (bRFS) and adverse pathology compared with Prostate Cancer Risk Assessment (CAPRA) and Decipher test scores. CAPRA is based, in part, on PSA levels and the tumor’s GG, and Decipher is a genomic test commonly used in clinics to inform treatment decisions for patients with adverse pathology after surgery.3

The study “adds to the growing wealth of literature suggesting that we seem to be moving towards a more personalized approach to treating prostate cancer,” said Amar U. Kishan, MD, vice chair of clinical and translational research in the Department of Radiation Oncology at the David Geffen School of Medicine at the University of California, Los Angeles. “The fact that these patterns are demonstrating this level of efficacy is really testimony to the fact that AI tools are able to unearth . . . some of these sub-visual attributes that can’t be appreciated by the human visual system but are clearly connected to the prognosis of disease. What our radiomic tools have been able to unlock is essentially the morphologic heterogeneity of the disease at a pixel-by-pixel level, which is a hallmark of more aggressive disease.”

RadClip could have more advantages over other tests. For instance, unlike genomic tools such as Decipher, MRI-based methods do not require the destruction of tissue, may be less costly, and are based on routine MRI assessments, Dr Madabhushi explained.

According to Dr Madabhushi, RadClip could be used to preoperatively identify patients with a low risk of recurrence of prostate cancer who may not need to undergo surgery or could benefit from deferring it.  Dr Kishan agreed, voicing that it might be the main role of this technology. “The converse could also be true, potentially,” he added. “If you have someone with very aggressive features, you could consider adding therapy, but I think it’s more likely it would be used . . . to defer therapy or limit therapy in patients who have had surgery.”

A limitation of the research is that it was based on patients treated at high-level academic institutions with dedicated radiology experts. Whether the results are generalizable to other institutions remains an open question, Dr Kishan said. In addition, the study cohort was relatively small.  Dr Madabhushi and his colleagues are now investigating whether the tool holds up for a larger cohort of patients treated at multiple different institutions, with later plans to test it prospectively in clinical trials. Dr Madabhushi said he hopes RadClip will allow clinicians to make better use of MRI images than they have in the past. “The philosophy in our group has always been that we’re leaving too much data on the table.”

Disclosures: Anant Madabhushi, PhD, reported financial relationships with the pharmaceutical and medical imaging industry and holds several patents related to this field. For a full list of disclosures, please see the original article. 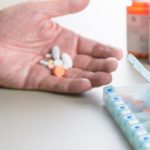