The number of patient records breached increased more than 137 percent and affected over seven million records in 2013, according to an annual report published by Redspin.

Researchers analyzed data from breaches that have been reported to the U.S. Department of Health and Human Services since 2009, focusing on trends and areas of improvement for the current year.

Most (83.2 percent) breaches were as a result of theft, and 22.1 percent resulted from unauthorized access. Thirty-five percent of incidents resulted from loss or theft of an unencrypted laptop or portable electronic device. In each year from 2009 to 2013, about 20 percent of breaches involved a business associate.

“As we move toward realizing the full promise of electronic health record technology, the need for information technology security in health care has never been so great,” according to the report. 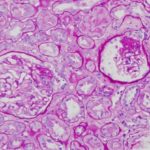