Transporting live donor kidneys long distances for transplantation into recipients does not adversely affect outcomes, a finding that could increase the number of donors and recipients who participate in kidney-paired donation (KPD), according to researchers.

Optimizing the possibilities of KPD involves the participation of donor-recipient pairs from a wide geographic region. When these types of transplants were started it was envisioned that the donors would travel to the recipient’s medical center.  However, it turned out to be much more appropriate to transport the kidneys rather than the donors.

Investigators reviewed outcomes of this practice by looking at all KPD programs in the United States. Specifically, they looked at outcomes involving all live-donor kidney transports. They assessed early graft function by urine output in the first eight hours, postoperative serum creatinine trend, and incidence of delayed graft function.

“We have found that shipping live-donor kidneys is perfectly safe and helps facilitate more transplants for patients in need,” said lead investigator Dorry Segev, MD, PhD, Associate Professor of Surgery at Johns Hopkins School of Medicine in Baltimore. “There was no difference in how well the kidneys functioned compared to those transplanted immediately from someone in a nearby operating room in the same hospital.”

To enlarge the pool of kidneys available for donation and provide organs to patients who might have died while waiting for them, the first so-called kidney swaps were done about a decade ago. In these exchanges, a donor whose blood or tissue type does not match the intended recipient agrees to participate in a swap with another incompatible pair. The friend, relative, or altruistic donor still donates, but does so to a stranger. By exchanging kidneys between pairs, each patient involved gets a compatible kidney.

Until 2007, hospitals and surgeons required donors and recipients involved in kidney exchanges to have surgery at the same hospital. Dr. Segev and his colleagues examined the outcomes of 56 live-donor kidney swaps between April 27, 2007 and April 29, 2010 involving 30 transplant centers. The mean age of recipients was 53.2 years and the mean age of the donors was 47.1 years. The median cold ischemia time was 7.2 hours (range 2.5 -14.5 hours).

Early urine output was robust in all but four patients. In these four patients, serum creatinine declined gradually and eventually fell below 2.0 mg/dL.

Among the 56 transplants studied, 12.7% involved transporting the kidney by courier (motor vehicle) and 87.3% involved transporting the kidney by air (commercial or charter). One international exchange occurred between Johns Hopkins and McGill University in Canada. The distance traveled ranged from less than one mile to 2,570 miles. The average distance was 792 miles. Information on urine output in the first eight hours post-transplant was available for 51 of the 56 patients. In these patients, the median urine output per hour for the first eight hours was 360-500 mL. The median cold ischemic time was 7.2 hours.

These new findings, which were published online in the American Journal of Transplantation, bolster the growing practice of kidney paired donations. “As soon as we showed it could be done the practice took off. Nobody wanted to make the donors travel,” Dr. Segev said. “Now, almost all kidney exchanges between centers occur with the shipping of organs. As the national system expands, shipping kidneys will become more and more necessary. Now, we know kidneys can be safely transported anywhere.”

Creatinine information was available in the immediate post-operative period for all 56 patients.  All except one patient, who had a thrombosis of an accessory renal artery, experienced a creatinine nadir below 2.0 mg/dL. No patient experienced delayed graft function as defined by the need for dialysis in the first week.

“One of the concerns with shipping kidneys,” Dr. Miller said, “is that the mild to moderate increase in cold ischemia time would lead to more ‘slow’ graft function or delayed graft function, which has known long-term complications. So it is a relief that this does not happen.” 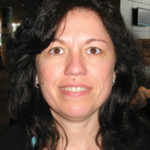