BOSTON—Kidney transplant recipients aged 65 years and older have a three-year graft survival rate similar to that of younger patients, but their three-year mortality was higher than those aged younger than 65.

This increased risk of death in these older patients is related to the greater burden of co-morbidities, including coronary artery disease, peripheral vascular disease, and other health problems.

She and her colleagues studied 682 first-time kidney transplant recipients, of whom 143 (21%) were aged 65 and older. After a median follow-up of 40 months, these older patients had a one-year acute rejection rate similar to that of patients younger than 65 years (15% and 14%, respectively), Dr. Chakkera reported here at the American Transplant Congress.

The three-year graft survival rate in the older and younger groups was 93% and 95%, respectively. The three-year patient survival rate was significantly lower in the older patients (91% vs. 96%). After adjusting for the presence of expanded criteria donor kidneys and pre-transplant comorbidities, patients aged 65 and older had a 2.3 fold increased risk of death compared with the younger patients.

“Our findings suggest that older age alone does not preclude  renal transplantation, but the presence of comorbidities prior to transplant are surrogate predictive markers for patient mortality after transplantation among older patients, and thus should be taken into careful consideration during the pre-transplant evaluation process,” Dr. Chakkera said. 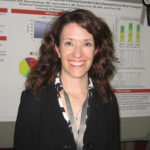