Racial and ethnic disparities in kidney transplantation and home dialysis use among adults with incident kidney failure are most pronounced among those in the youngest age group, according to a recent study.

Among patients aged 22 to 44 years, Black and Hispanic patients were 79% and 53% less likely to undergo kidney transplantation, respectively, 55% and 66% less likely to perform home hemodialysis (HHD), and 35% and 23% less likely to perform peritoneal dialysis (PD) compared with White patients in adjusted analyses, Adam S. Wilk, PhD, of the Rollins School of Public Health at Emory University in Atlanta, Georgia, and colleagues reported in the American Journal of Kidney Diseases.

“These findings suggest that needs of younger adults should be emphasized in designing interventions to reduce disparities in access to preferred kidney replacement therapies,” they wrote.

In the overall study population, Black and Hispanic patients were less likely to receive a transplant or initiate PD or HHD. Among White patients, the adjusted probabilities for receiving a kidney transplant and starting PD and HHD were 3.5%, 14.1%, and 1.1%, respectively. By comparison, the probabilities were 1.0%, 8.3%, and 0.8%, respectively, among Black patients, and 1.7%, 9.5%, and 0.5% among Hispanic patients.

Dr Wilk and colleagues performed supplemental analyses that explored whether insurance status and nephrology care prior to kidney failure influenced the likelihood of treatment among the racial or ethnic groups.

“Our supplemental analyses suggest racial/ethnic differences in insurance coverage and other determinants of access to care among younger individuals are among the mechanisms that contribute to the greater relative disparities we observe among younger patients,” the authors wrote. 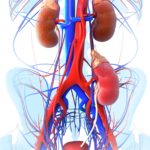