ABOi kidney transplantation is a rare procedure, but if protocols were implemented to transplant across blood-group barriers, it is estimated that an additional 1,500 live donor kidney transplants could be performed each year in the United States alone.

Until now, there have been significant barriers to adopting this approach because of the requirements for potent immunosuppression and splenectomy coupled with the formidable risk of irreversible antibody-mediated rejection (AMR).

Researchers at Johns Hopkins Medical Institutions in Baltimore retrospectively reviewed their single-center experience with 60 consecutive ABOi kidney transplants. Over the past several years, they have developed a treatment protocol that includes only a brief escalation in immunosuppression and no long-term B-cell depletion. Among these 60 consecutive patients, the one- and three-year survival rates were the same: 96.3%.

No cases of hyperacute rejection were reported, and no grafts were lost secondary to AMR. In addition, fewer than 17% of patients experienced a clinical episode of AMR. Elimination of B-cell ablative therapies did not result in an increased incidence of AMR.

“The perception when incompatible transplantation started was that the blood-type barrier was going to be harder to cross than HLA barriers,” said study investigator Dorry Segev, MD, assistant professor of surgery and director of clinical research for transplant surgery at Johns Hopkins.

“What we have shown in the past 10 years with our program is that you can achieve great outcomes with ABO-incompatible transplantation, with very minimal intervention in the recipient in terms of desensitization.”

Dr. Segev, who presented findings here at the American Society of Transplant Surgeons 9th Annual State of the Art Winter Symposium, added: “This is a demonstration that our recent change in paradigm is durable. We now feel comfortable that this is a very safe modality.”

At one-year post-transplant, most patients had chronicity scores similar to those of compatible kidney transplant recipients. Only patients who experienced an AMR episode had significant elevation in chronicity scores at one year. Excellent graft function persists, the investigators report, with patients having a median creatinine clearance of 60 mL/min. 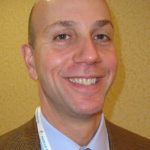