MILAN— In general, women can consider becoming pregnant two years after renal transplantation if their kidney is functioning well and they have no arterial hypertension, and no evidence of ongoing rejection, according to Mona Al-Rukhaimi, MD, of the Dubai Health Authority and Dubai Hospital, United Arab Emirates.

Based on individual circumstances, many women might be able to consider pregnancy as soon as one year post-transplant, Dr. Al-Rukhaimi said.

Most studies suggest that pregnancy itself does not have a deleterious impact on long-term graft function and graft survival in women with mean serum creatinine levels below 1.5 mg/dL, said Dr. Al-Rukhaimi, a leading authority on post-transplant pregnancy.

“Adequate kidney function is the most important factor,” she emphasized. If serum creatinine is above 1.5 mg/dL, “we advise patients to weigh their desire for pregnancy against the risks.”

In addition to kidney function, other factors that might justify advising women not to get pregnant include graft rejection within the first year, advanced maternal age, presence of comorbidities known to impact pregnancy and graft function, and noncompliance with medical therapy.

The effect of transplantation

While pregnancy might increase the risk of adverse transplant outcomes if certain precautions are not taken, the converse is also true: Transplantation can impact negatively on pregnant women and pregnancy outcomes. It increases the risk of maternal hypertension, pre-eclampsia, UTI, and gestational diabetes.

Rates of abortions in transplant recipients in the first trimester are also higher than those seen in the general population (35%), but 95% of pregnancies continuing beyond the first trimester are successful, she noted. There is, however, an increased frequency of preterm delivery (50%-54%), infants who are small for their gestational age (33%-45%), and neonatal death (1%-3%).

“But in general, labor and delivery are uncomplicated,” Dr. Al-Rukhaimi said, “and cesarean sections are generally performed for obstetric reasons only. The long-term developmental outcome is generally good.” In all cases, however, pregnancies in transplant recipients are considered high-risk and should be treated accordingly.

Similar to the general population, conception failures in transplant recipients are least common with tubal ligation (0.04%) and the most effective oral contraceptives (0.1%). Failure rates with intrauterine devices (IUDs), however, are higher (1%-3%), and this method of contraception is not advised.

Patients wishing to become pregnant should be vaccinated against influenza, pneumococcus, hepatitis B, and tetanus before transplantation or at least prior to pregnancy, she said. Male kidney recipients who wish to maintain fertility should avoid mammalian target of rapamycin (mTOR) inhibitors, or they should bank sperm prior to receiving mTOR inhibitors, she added.

Available data on the safety of pregnancy in transplant recipients have accumulated from case reports, controlled case series, cohort studies, retrospective studies, and national registries, but more formal research is clearly needed with the advent of newer immunosuppressants, she said.

All immunosuppressants can permeate the placental barrier, exposing the fetus to the toxicity of the different drugs, with various effects (Table 1), she reported. Patients should not receive mycophenolate mofetil (MMF) or mycophenolate sodium while pregnant. A postmarketing study of 77 patients treated with MMF between 1995 and 2007 documented fetal malformations in 14 cases and spontaneous abortions in 25. Sirolimus also is contraindicated.

The recommended immunosuppressive protocol is as follows:

Patients on immunosuppressants probably should not breastfeed, she added. Steroids, azathioprine, cyclosporine, and tacrolimus are excreted in breast milk, but the possible clinical effects on the neonate are unknown. A study that followed women who insisted on breastfeeding has not shown adverse effects.

Because pre-eclampsia develops in 30% of patients, especially those with prior arterial hypertension, clinicians should monitor BP, renal function, proteinuria, and weight every two to four weeks, with special attention given during the third trimester, Dr. Al-Rukhaimi said. Antihypertensive agents should be changed to those tolerated during pregnancy, and ACE inhibitors and angiotensin receptor blockers should absolutely not be prescribed, she emphasized.

Acute rejection episodes are uncommon but may occur after delivery, so there may be some value to adjusting immunosuppression immediately after birth. “Graft dysfunction during pregnancy warrants appropriate investigation, by biopsy if necessary,” she added. “We must treat the patient as we would if she were not pregnant.”

“Future research is important,” she concluded. “We must continue reporting these pregnancies to the registries and evaluating the safety of immunosuppressive agents. We must counsel the recipients honestly on regimens that may pose a risk to the fetus and must continue our surveillance of high-risk offspring beyond the neonatal period.” 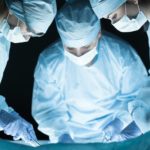