The discovery of this association suggests that it may be possible to improve survival among kidney transplant recipients by getting living donors who smoke to give up the habit, said Seth Waits, MD, of the University of Michigan Health Systems (UMHS) in Ann Arbor, who presented the results. “When we are talking about deceased donors, obviously, there was no opportunity to have them stop smoking prior to donation.”

Dr. Waits, together with the rest of the research team led Michael Englesbe, MD, Associate Professor of Surgery at UMHS, reviewed information from 635 consecutive living kidney donors between 2000 and 2008. Smokers were defined as individuals who actively smoked within a year before their nephrectomy.

The smokers were significantly more likely to be female than male (53.7% vs. 62.9%) and were younger than non-smokers (37.9 vs. 41.8 years). They also had lower blood urea nitrogren levels (12.2 vs. 12.8 mg/dL).Three-quarters of the recipients received kidneys from nonsmoking donors; they had a similar average age, body mass index and race (predominantly white) to those who received kidneys from smokers. Few post-operative complications occurred, and they were minor.

The researchers observed a trend toward reduced death-censored kidney survival in patients who received a kidney from smokers. The risk of graft loss was 31% greater for kidneys from smokers compared those from non-smokers, but this increased risk was not statistically significant.

Donor smoking, however, was associated with a significantly adverse effect on recipient survival. Survival rates at one year post-transplant were 93.5% for recipients who received an organ from a smoker compared with 97.9% for those who did not. The rates were 85% and 90.7% at five years and 67.4% and 76.5% at 10 years, respectively.

Dr. Waits acknowledged that he and his colleagues did not examine recipient smoking, which would likely affect outcomes, and this was an inherent bias in the study. He and his co-investigators plan to collect and analyze those data.

“After that, I’m going to make a pitch to our transplant department to see if we can change our policy on accepting actively smoking donors, at least to recommend smoking cessation and offer help,” Dr. Waits said. “With some improvement in the data, I think we could make a strong argument. There are other centers that refuse to allow smokers to donate.”

In a previous study published in Transplantation (2005;80:482-486), researchers found that cigarette smoking by kidney donors was associated with significantly decreased graft and recipient survival, but intravenous drug use and alcohol dependency were not. 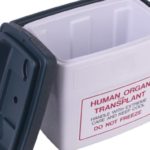 Older Age Bias Seen in Acceptance of Organs for Donation