Live kidney donation does not adversely affect long-term survival, according to a new study.

The finding is based on a study of 80,347 live kidney donors by Dorry L. Segev, MD, PhD, of Johns Hopkins University School of Medicine in Baltimore, and his colleagues. Donors had a median follow-up of 6.3 years.

These individuals were compared with a matched cohort drawn from 9,364 participants in the third National Health and Nutrition Examination Survey (NHANES III)—a national household survey conducted between 1988 and 1994—after excluding subjects with contraindications to kidney donation.

During the study period, 25 deaths occurred within 90 days of live donation, the investigators reported in the Journal of the American Medical Association (2010;303:959-966). The surgical mortality rate from live kidney donation was 3.1 per 10,000 donors, a proportion that did not change during the past 15 years despite differences in practice and patient selection, the authors noted.

By comparison, the reported surgical mortality rates for laparoscopic cholecystectomy and nondonor nephrectomy are about 18 and 260 per 10,000 cases, respectively, Dr. Segev’s group pointed out. The 90-day mortality rate in the NHANES III group was 0.4 per 10,000 subjects.

The long-term death risk was not significantly higher for live donors than for age- and comorbidity-matched controls. The death rates within 12 months for the live donor and control groups were 6.5 and 4.6 per 10,000, respectively.

“Regardless of what physiologic changes might occur in a health adult after kidney donation,” the authors concluded, “our findings of similar long-term survival between donors and healthy comparison patients suggest that these physiologic changes do not result in premature death.”

They also noted that “the current practice of live kidney donation should continue to be considered a reasonable and safe modality for addressing the profound shortage in deceased donor organs.” 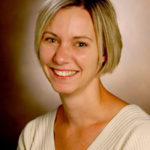