NEW ORLEANS – Kidney transplantation in patients with HIV is associated with higher allograft rejection compared with patients without HIV, according to a presentation at IDWeek 2016. Clinical and fiscal outcomes, however, were the same between both groups.

Of the 104,137 patient data reviewed, 605 patients were HIV positive. Most of these patients were younger (between 35 to 49 years of age), were of African American descent, and had Medicare as a primary payer.  Income was not a factor between the two groups.

Potential limitations to this study include its retrospective design, use of imputed data and ICD-9 codes for extractions, and an inability to assess long-term outcomes since inpatient samples were used.

Learn more about Dr Apewokin’s presentation by watching the video below. 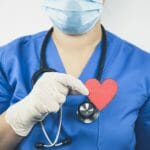